Times are a-changin’ in the world of typography, and it’s now easier than ever to find cool fonts to enhance your website with. Modern fonts allow web designers to be practically unlimited in their creativity. As a result, website owners are spoiled with the immense range of fonts that are now available; although the downside of this is that it can take longer to find the perfect typeface.

However, it’s worth investing time in this task, as fonts are an incredibly significant factor in creating a positive impression on users. The right combination of engaging and creative fonts will not only aid you in molding your image: it can also express the character of your site or products.

From browser fonts to modern fonts: the evolution of typography

The role of web typography has changed radically in recent years, largely due to ever-advancing technology and its endless possibilities. In its infancy, the internet was only able to support characters and typefaces defined by the settings of an individual browser.

Only with the now- outdated tag <font> could web developers integrate their chosen font. However, these had to be installed on their computers first, or they would be converted to a ‘fallback font’–generally a limited selection of standard browser fonts.

The world of web design has been shaken up in recent years due to content (HTML) breaking apart from cascading style sheets (CSS). Consequently, fonts are now downloaded and implemented via web browsers, meaning web designers can now use ‘web fonts’, or digitized fonts, when building sites. When accessing a page, the browser retrieves a font by reading which server it’s located on. This way, website visitors can see the chosen font, even when it isn’t installed on their computer.

Since the emergence of web open font format (2007), an ever-increasing number of providers have started offering web font licenses, each of them with different terms and conditions. These vary above all in price and payment method, or in the type of hosting (whether they are located on a personal server or a provider’s server).

Creating typography for mobile devices is becoming increasingly important. Therefore, to keep up with the competition, designers benefit from creating a number of modern fonts for users to choose from.

Font categories and their applications

The concept of font can be summed up as an entire set of characters that have been created according to a common design concept. If there are several variants of one typeface that differ slightly with regard to their line width or spacing, then these are referred to as a font family, or font face. For example, Segoe UI, Segoe Light, and Segoe Semibold belong to the same font family.

Different fonts are suited to different uses. When choosing the best typeface for a project, the two most important factors to bear in mind are the readability of the font and its emotional effect. The medium that the text is to be read on also plays a large role. For example, with serif fonts, every character has a small stroke at each end; this feature makes it easier to read small printed texts. On the other hand, this font is not always ideal for texts read from monitors.

The function and placement of texts are two other factors that ought to influence your decision when choosing the ideal font. While especially flamboyant, creative fonts in headlines can attract more attention, they often look out of place in the main text. This is why web designers generally use many different fonts or faces in one text. Nevertheless, it’s important not to use an excessive number of fonts, as this will leave the page looking cluttered.

Fonts also differ greatly from one another when it comes to their emotional effect on the reader. The following table gives some examples of fonts, the texts they are especially suited to, and what associations they might trigger with readers.

The properties of the different font categories listed here only convey general impressions. In practice, the use of unexpected fonts is often a great way to stand out from the competition. To find the appropriate font, you should follow the following tips:

Look for different fonts that contrast and complement each other. The interplay between serif and sans-serif is a good example of this. But do everything in moderation: if the fonts clash, it causes stylistic tension the website visitors will surely notice. On the other hand, if the fonts are too similar, the text will look disjointed, which could also have negative effect on the reader.

These days, there are countless designers and companies, selling cool fonts with different kinds of licenses. You can decide for yourself whether to go for a provider that offers a one-time payment for purchasing the font, or whether you simply pay for the duration of its use.

The former allows you to host fonts yourself, while with the latter, users receive a link to the server where the font is located. In addition to fee-based fonts, there’s also a series of open source fonts, although these tend to be used by a lot of web designers, so those fonts can be quite predictable and they won’t make your website look particularly unique. 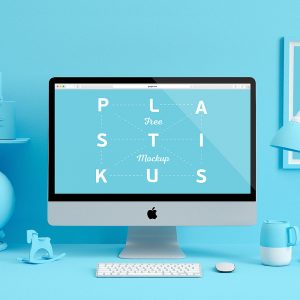 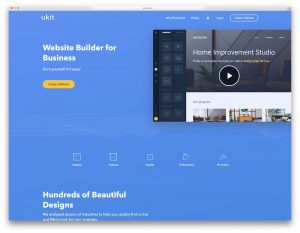